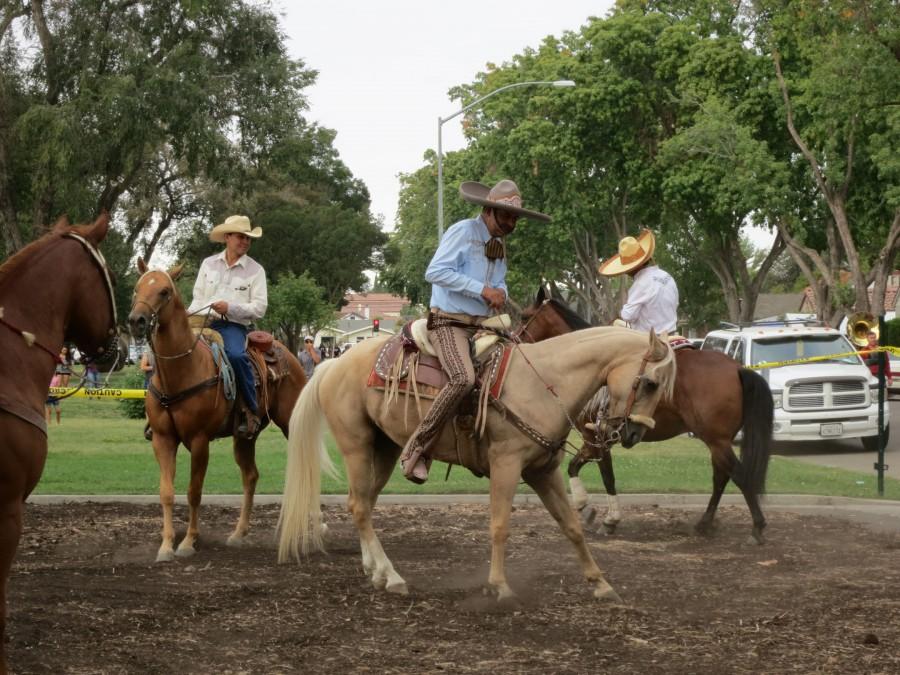 On September 12, hundreds of families, students and children gathered at Lincoln Park in Tracy to celebrate Mexican Independence Day sponsored by the nonprofit South Side Community Organization (SSCO). The day started off with many volunteers from Tracy and West High helping set up the festival. Following set up, a festive parade beginning on 6th Street and ending in Lincoln Park. The parade featured folklore dancers, low riders, representatives from West High Key Club, Tracy/West High Movimiento Estudiantil Chicano de Aztlán (MEChA), a Mexican Banda and much more. Once the parade ended families returned at Lincoln to shop at different vendors, purchase meals, let kids play in the kids’ zone and watch special performances.

Día de la Independencia (Mexican Independence Day) is a holiday in Mexico to celebrate the revolt that began on September 16, 1810 against the Spaniards in order to gain their independence. The revolt began by a speech from Miguel Hidalgo, a leader during Mexico’s War of Independence. His speech is known as “Cry of Dolores,” or “El Grito de Dolores” and was meant to encourage citizens to revolt against Spaniards. Unfortunately, Hidalgo was captured and executed the following year on July 30, and Mexico’s independence would not be declared until September 28, 1821.

The parade not only celebrated a major holiday in Mexican history, but united the community together to share culture, tradition and heritage. West High teacher Mr. Jose Jimenez says, “Overall this was a wonderful event showing the city of Tracy what volunteers and our clubs here at West High are capable of doing.”