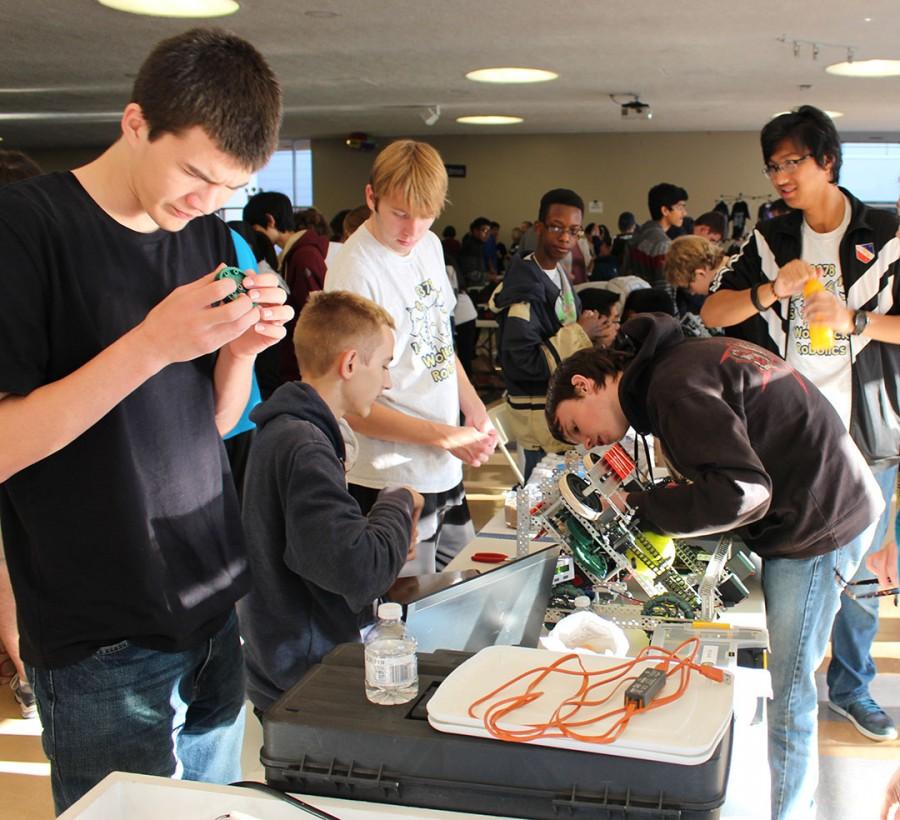 Robotics Club is one of the many student organizations offered at West High. Every year they compete against other California schools in tournaments. They are split into six competing teams: Zeta, Theta, Kappa, Rho, Chi and Nu. On November 21, the robotics teams took part in a tournament at Bellarmine High School in San Jose. The teams have been preparing for competition extensively in designing and building their robots. Teams must design the robot to suit a specific strategy that can be assembled and programmed to be either controlled manually or move on its own.

“Our team has been designing and building our robot for months. Every minute we have spent in the robotics room, I consider to be preparation for the competition,” said senior Justin Tran who is the programmer for Team Zeta.

Unfortunately, the teams did not place in the tournament to go to finals. Team Chi was the closest to going to finals by just one round. They ranked 19 with 4 wins and 2 loses.

Robotics Club president senior Kyle Snow said, “It was very enlightening; we found problems with our bots and knew how to fix them. We also did really well for our first tournament this year.”

On December 5, teams Zeta, Theta and Chi went to another tournament at Modesto Junior College hosted by the Modesto Youth Technology Group. All three teams made it to quarter finals. All having 3 wins and 2 loses, Team Chi ranked 20, Team Zeta ranked 21 and Team Theta ranked 22. The Robotics Club is proud of their teams and excited for future competitions.