The burden of Recommendation Letters on teachers 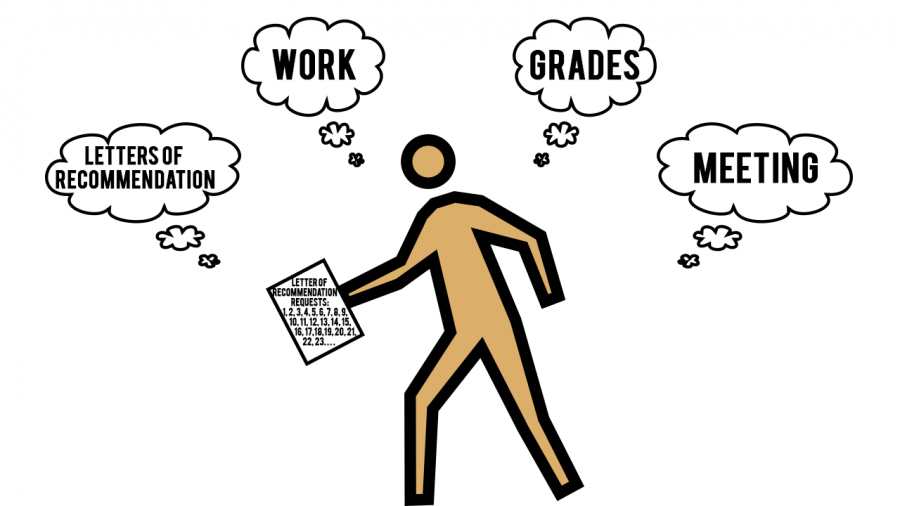 With college application season just behind us, many seniors at West High are relieved to have finally hit the “submit” button. As seniors anxiously wait to receive their university submission letters, the burden of the college season is still lurking over for a large group at West High: Teachers. While students may not realize, letters of recommendation for college have a huge toll on educators here at West, and all over high school campuses. Being extremely competitive for students, certain colleges often require letters of recommendation in order to submit applications, usually requiring a teacher from the student’s high school. With so many students asking for letters, teachers often go unnoticed for all of their work. The question remains, are letters of recommendation a burden on teachers?

West High English 3 AP and ERWC teacher, Ms. Anne Duff, explained the workload these letters of recommendation have on teachers. “I start feeling the impact in September, there’s the occasional kid who will ask in August. And so then the requests kind of pile up,” said Duff. She also compared the letters to a Geico commercial of a stack of money that has eyeballs. “That’s what it feels like. Those eyeballs are constantly there . . . they are always there.”

As of December 1, Duff has written 41 letters and there are still many more to come in the upcoming months. “The wave from September to December is university admission letters, but the second wave will come in late January to February to April and those will be scholarship letters. Junior AP teachers often receive the most requests from college bound seniors and Duff describes it as “nature of the beast”. “Its heavy,” says Duff, “there are certain teachers who teach AP classes, and (my hypothesis would be) that we get the bulk of the requests. We bear the load that is created by the nature of our classes.”

While letters of recommendation do take large amounts of time from a teacher’s personal time, teachers are doing a lot more than simply writing words on a paper. “When I write the letter, I tell kids that I’m not just writing you a letter, I am aiming to get you into college and get as much of it paid for as I can,” said Duff. By writing a letter of recommendation for a student, they are aiming to highlight that particular student, and showcase their personal qualities to help them achieve their best.

Are these letters truly a burden on teachers? Duff said, “It’s a lot. I understand the impact of the letter and I’m truly flattered to be asked to write one. I cannot write one for every kid who asks. One year I did and I wrote 73 letters. It was horrible, it just kept coming and I couldn’t give the best service to everyone.” When asked what was the best advice she could give to students, Duff said, “Form the relationship is the very best thing I can say. Don’t be afraid to participate; don’t be afraid to let [teachers] get to know you.”

If a teacher is asked the question, “Are letters of recommendation a burden?” you will get various results. We can conclude that teachers are spending hours outside of school to get these letters in time for the deadlines. When a student does not receive a letter, it is often because the limit of letters was reached. If you do not receive a letter when you ask a teacher, do not get angry. It may simply be because they have already committed to several other letters.