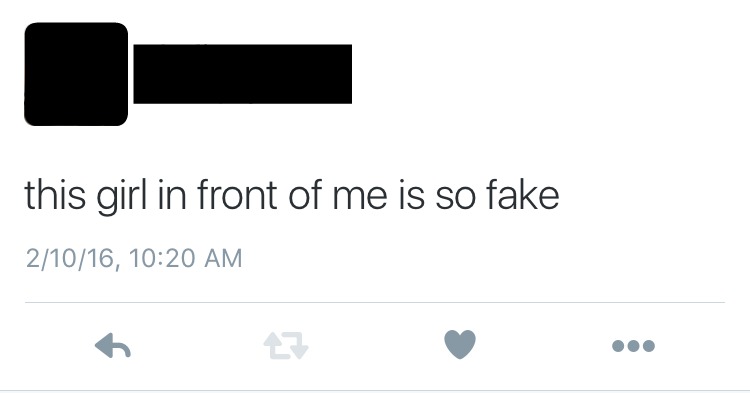 When we picture a bully in our minds, we think of the kid in movies who takes our lunch money or shoves us in a locker. But do these bullies still exist? Has bullying evolved into something worse? With technology and social media surrounding us, not only does it provide new trends, but it gives bullying a new form, cyberbullying.

Facebook, Twitter, Snapchat, etc. gives cyberbullies a place to hide behind a screen and leave rude comments or post pictures making fun of others because “it can be deleted” or “no one will know who said it.” Why do they do this? It may be because the bully was treated wrong and he or she is afraid of being treated that way again. We can also assume that the bully is jealous or insecure, so he or she puts others down in order to make themselves feel better. A bully likes feeling superior and having power over others.

It can be physical, verbal, sexual or online. Whatever form a bully takes, he or she is given the same consequences from the school district.

The school has a no tolerance policy, meaning that they must investigate both sides of the story in order to find the real culprit. Whether it was one party who did the harassment or the other, the bully, or bullies must sign a contract stating that he or she will not harass the other party, or they will risk suspension. The same procedures also apply to cyberbullying. For example, if there were a “Twitter fight” online, the school must become involved if it is during school hours or if it is after school hours and involves another student or staff member.

When asked how to defend ourselves in a “fist fight,” assistant principal Amy Thompson suggested that the best way is to avoid it by keeping our distance, walking away or running into a classroom if the bully is attacking us. If we were to hit the bully back, we will also face the same consequences because technically we bullied the bully, and the situation could have been avoided better.

When asked what to do if we were afraid to consult a staff member, counselor Elizabeth Mata advised that we should address bullies as soon as possible before it gets worse. A bully will not stop bullying until something is done about it, so talk to an adult or a friend for advice.

When asked how to deal with cyberbullying, Thompson said, “If you experience it in any way, if you can keep it, screenshot it, save it. Because if we can’t see it or document it, then I can’t go accusing somebody of something I can’t document.”

A few anonymous students were asked about bullying:

“I’ve never really been bullied but a friend of mine was bullied by a group of girls in the locker room. They made fun of her because of her weight and she asked me what to do, so I told her to just ignore them or to change lockers.”

“I was cyberbullied and bullied on campus. People just said rude things about me and started rumors because they were behind a screen. It stopped now…but at least I told a family member who stood up for me.”

“There was a time I was bullied for my religion, eventually I had gotten numb to it, but regardless I remember the same pain every single day.”

Whether it is done online or in person, a bully is a bully, no matter what form is taken.