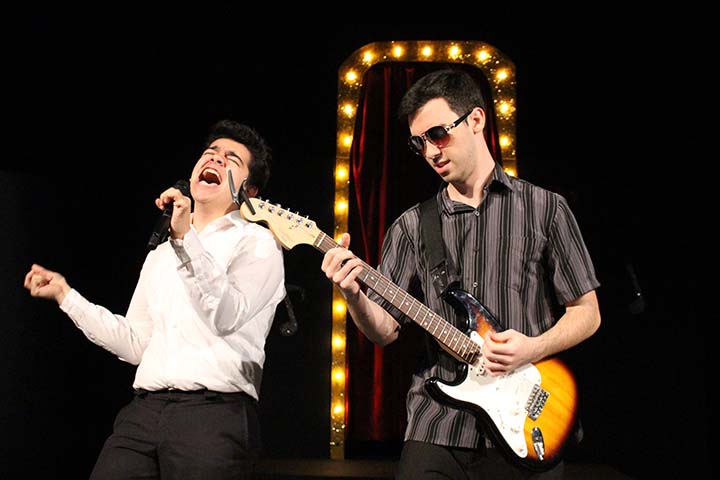 Throughout January 14 and 15, West High Drama presented the 3rd annual Lip Sync Showcase of 2016. The showcase is open to all students wanting to participate and lip sync to any of their favorite songs. From Rupaul’s “Glamazon” to Meghan Trainor’s “Dear Future Husband,” students were able to have fun and express themselves on the stage.

Sophomore Megan Landon’s favorite aspect of the show is “learning the moves and having fun with everyone else.” She loves to be on stage, act and show people that performing is her thing that she enjoys to do.

Senior Andres Rodriguez describes the show as being really fun and recommends people to join next year for the show. “Entertaining people is really fun…and [the show] is fun,” said Rodriguez. He explained how the students were allowed to choose any song that they wanted and are free to do whatever they want with minimal restrictions. Rodriguez said his favorite part of the show is “just going out there and just being myself.” To gain inspiration for his performance, Rodriguez watched a music video of Mick Jagger dancing.

Rodriguez said, “The hardest part is the funnest[sic] part because I have to look like an idiot [onstage].”