Human trafficking: the importance of awareness 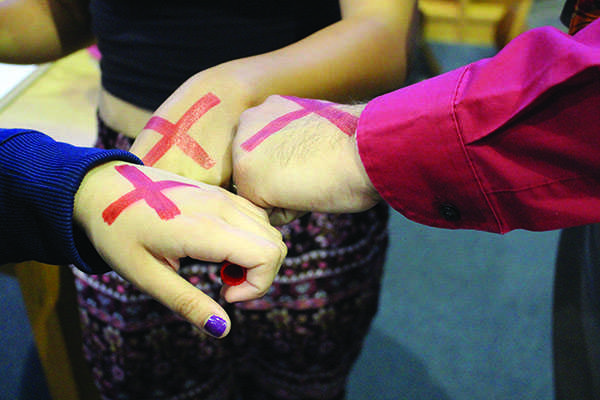 The proximity of an incident involving forced prostitution and sex slavery in Tracy has left the town in a state of fear and trepidation. Two local residents were arrested last November for charges including human trafficking, prostitution and kidnapping among other violent crimes.

According to the United Nations Office on Drugs and Crime, human trafficking is “the recruitment, transportation, transfer, harboring or receipt of persons, by means of the threat or use of force or other forms of coercion… to achieve the consent of a person having control over another person, for the purpose of exploitation.”

Mr. Jared Rio, West High Human Rights teacher, explained that humans are cheaper, easier to smuggle and can be used over and over again, therefore making them a big product target to be sold and bought on a market.

Most commonly young females but also men, foreign nationals and other youth fall victim to human trafficking through different methods used by traffickers. Traffickers use enticing rewards such as a high-paying job, a loving relationship and new and exciting opportunities to lure the victims. The promise of a new future, money, happiness, stability and hope can tempt a young person into stepping into a dangerous and vulnerable situation.

Rio’s human rights class hosted a community awareness event exhibit on February 25 in the school library. The exhibit featured video clips, informational tri-fold posters created by the students and a scavenger hunt educating viewers on human trafficking and how to be heedful of suspicious activity. Through this event, students at West and other members of the community were more thoroughly educated on the prevention and eradication of sex slavery in Tracy.

The realization that such a dangerous and frightening incident took place in as simple of a town as Tracy puts into perspective how real the sex slavery threat is. Senior Hannah Lee said, “This is happening in Tracy, not in some far off place. It’s an uncomfortable thing to talk about, but it’s important that we be careful.” When asked about how to be aware of human trafficking, Rio said to keep your eyes open. “Advocate that people are vigilantes,” said Rio, “if something feels off, get up and go.”

Utilizing the resources available to inform people on how to keep each other safe and knowing that there is help for those who have fallen victim to sex slavery can help prevent human trafficking in Tracy and slowly but progressively reduce the harms altogether.