The Millennial Generation: Who are they? 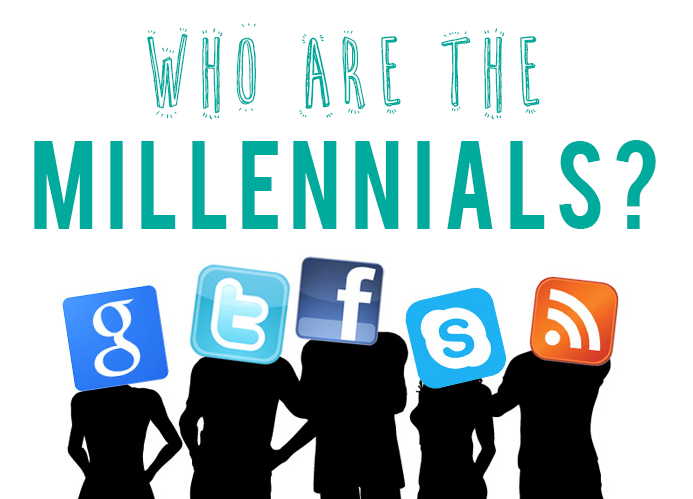 In today’s day and age, many of us are unfamiliar with where we stand as an individual and where we stand with those around us. If you were born anywhere from the years of 1980 until the year 2000, according to Time Magazine, you are considered a part of the Millennial Generation. However there is not definite time period to define the Millennials, as different sources give different years. Most high schoolers excluding freshmen and a percentage of sophomores, are a part of the Millennial Generation.

Millennials are unlike any other generation. The millennials are the ones who will be choosing and deciding the way our economy is shaped for decades to come, the decisions we make each day can affect our own future and the future generations. Compared to the Baby Boomers and Generation X, we are different in many aspects. One major aspect is our growing diversity. In a study that compared ethnicities from 1980 to 2012. White/non-Hispanic population has dropped from seventy-eight percent to fifty-eight percent, while the Hispanic population has grown from seven percent to twenty-one percent according to the U.S Census Bureau. Millennials are also the largest generation in the United States and currently represent more than one-third of the total U.S population in 2013, meaning the number of millennials have increased since this survey was conducted.

If you have heard anything about today’s high schoolers and young adults, it is often you will hear how consumed our generation is with technology and this is true. Through a survey done by PEW in 2014, many answered that our generation’s relationship to technology is what makes us unique. The cost of creating digital content (books, music, etc.) and storage prices continue to decrease. Technology has also changed the way we communicate today with more than three quarters of Millennials having at least one social networking account. These advances in technology have created a generation of more innovative, creative and open-minded individuals.

Millennials are also the most educated generation to date, with a sixty-one percent of all Millennials attending college, compared to the forty-six percent of college attendance by the Baby Boomer generation. On the contrary, with the increase in the number of those attending college, there has also been an extreme increase in the price of college tuition. More and more students are relying on loans to get a degree.

Our generation is definitely unique compared to other generations, in both negative and positive ways. Despite some of the negatives, there are many things you can be proud of. As a millennial, you are more skilled and advanced with technology, more innovative, creative and you have the potential to shape decades and generations to come. With your new knowledge about the Millennial Generation, you can now share this information and help to continue to make this generation successful.

All facts, statistics and percentages regarding the Millennial Generation have been taken from the “Millennials Report” which can be found on www.whitehouse.gov.