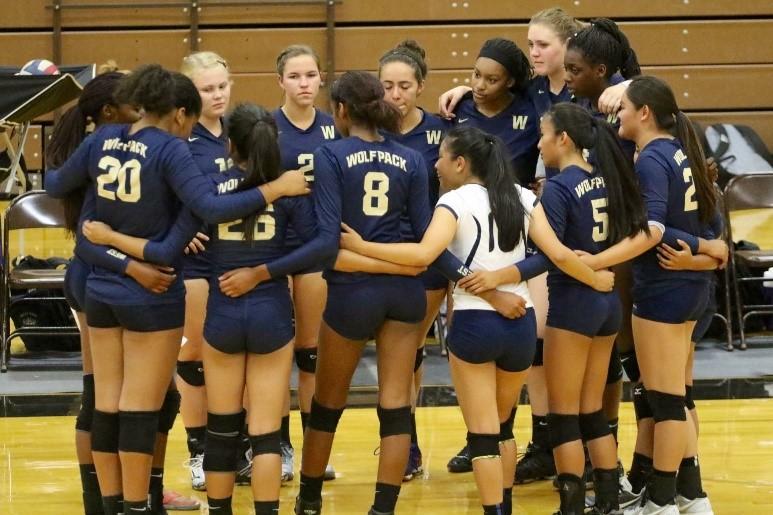 Varsity girls huddling, in preparation for their next set.

On Thursday, October 6, West High’s girls’ varsity volleyball team went against one of their biggest competitors, the Tracy High Bulldogs. Each set was a challenge for our girls as they fought to get their points. The first set ended 25-10, with Tracy in the lead. As the second set came around, Tracy kept their streak 25-12. The last set was the ultimate challenge as the ‘Pack fought to get some volleys, hoping for the perfect spike. Tracy won the last set 25-18, making it 3-0. When asked how she felt about their loss, senior Arielle Villena said, “I felt that it was more nerves, that we were intimidated by the Tracy name.”

Even though the girls suffered a loss, they played their hearts out. Over the past few years, the chemistry between the girls has increased on the court as they bond with one another. “I feel the way we succeed in games has to do with the established connection we have with one another…we built teamwork that I feel we have never experienced before,” said senior Jasmine Jarring Angeles. They feel that they did not play as well as they could have, but they still tried their hardest. Despite their defeat, they plan to talk more and keep their energy jovial.

Remember to keep on supporting the girls as their next games come along!