The Wolf Pack face off against the Trojans at Homecoming 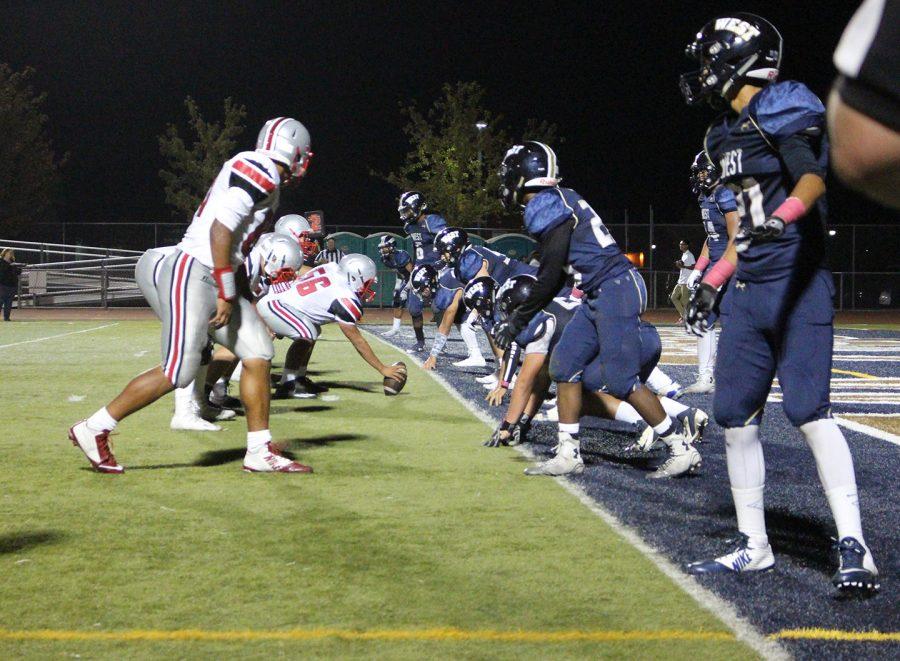 On Friday, October 7, West High’s varsity football team went head to head with the Lincoln High School varsity football team for the West High Homecoming game. For many players, students and even parents this would be the last high school Homecoming game they will ever experience. When speaking with senior Emmanuel Turner about how he feels about playing in his last Homecoming game he said, “It’s a big eye opener about college. It’s exciting but also sad because I love the Wolf Pack. I’ve been here all four years right now and I don’t want to cry or anything, but it’s a good but also bad feeling at the same time.”

With the nature of a Homecoming game, you want to do well not only for the fans in attendance, but to also prove to the opposing team that you mean business and will not stop fighting until the final horn sounds. When speaking with captain Jonah Gaoteote about their plans for the game he said, “We want to establish the running game. We wanted run the plays we ran in Patching-Widebunch, Fresno or Florida.”

Unfortunately, that’s not what happened at the game at all. Lincoln came out with much more intensity and immediately overpowered the West High squad within the first 5 plays of the game. The Lincoln defense was rock solid, causing turnover after turnover. As the game went on, injuries plagued the West High team, specifically to our starting and backup quarterback.

Luckily the Wolf Pack did not end the first half of the game without putting up numbers on the board. With a long throw from senior quarterback Jake Hiltahk to junior wide receiver James Canon for a touchdown followed up by a quick two point conversion. Once halftime came, Lincoln held a commanding lead of 28-8.

During halftime, the students, who were elected to be their respective class’ princes, princesses, king and queen, were put on display for the entire audience.

With the start of the third quarter, while many things were going right for Lincoln’s team, it was quite the opposite for the Wolf Pack. One major factor that was very obvious was that the Wolf Pack grew very weary. They got so tired and would get no time to rest in between drives mainly because of turnovers or Lincoln’s ability to perform one play on offense and score.

Within the final quarter, many things happened that could’ve gone either way for both teams. One display of this was that a Wolf Pack corner made a clutch interception in the end-zone and forced a turnover. Unfortunately, six plays later, another turnover was committed and Lincoln returned the ball for another touchdown.

In the end, Lincoln won 48-8. When asking Gaoteote what he thought that the outcome of the game would be, he said, “Heck no! I thought we were going to show more heart but it looks like nobody did! I just wanted more out of my teammates.”