“4 Your Eyez Only” Album review 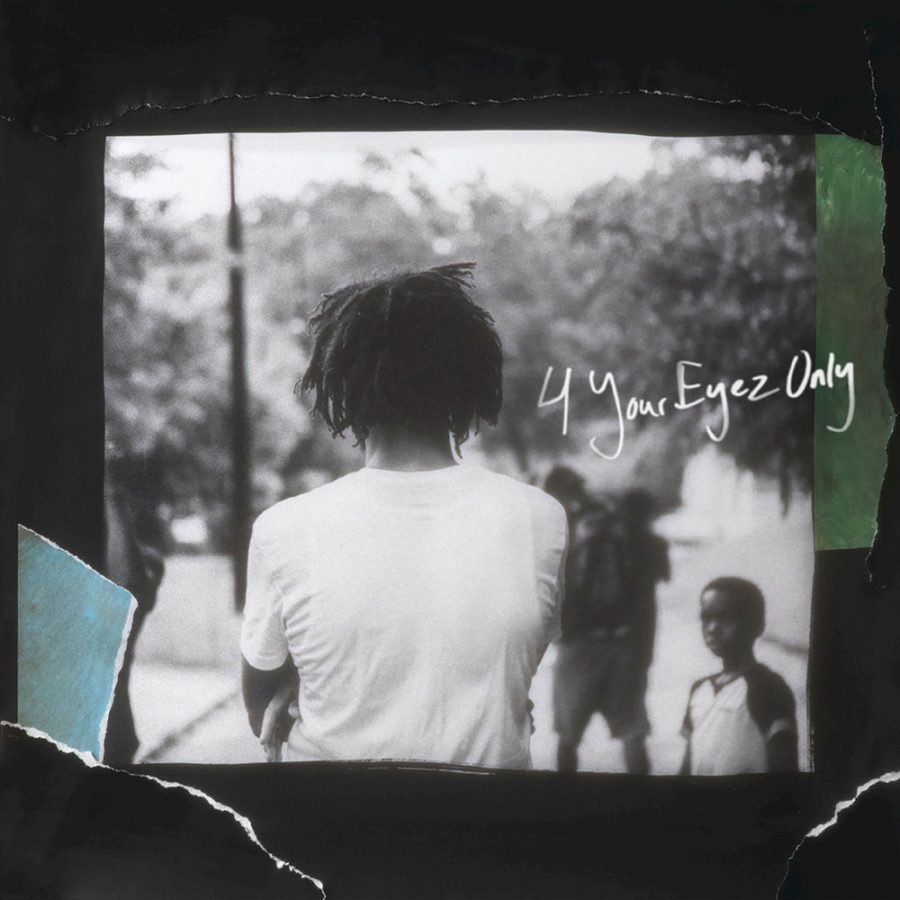 “4 Your Eyez Only” is the 4th studio album released by Rap artist J. Cole and was released on December 9, 2016. This album, like his other works, tells a story. When you first listen, it is hard to understand what Cole is talking about but when you really listen to the album, you learn that it tells the story of Cole’s close friend James McMillan Jr. who was murdered due to his involvement in street activities.

When you listen to “For Whom the Bell Tolls,” it starts with what sounds like a tape going into a tape player. You are immediately met with a somber setting created by Cole’s masterful explanation McMillan’s death. The next song, “Immortal” explains what happens after people who are considered to be “real” never truly die and that the legacy they left behind immortalizes them. The following two songs, “Déjà vu” and “Ville Mentality,” talk about McMillan’s struggle with trying to talk to a girl who he really likes and trying to get this persona of somebody who can be walked all over and gets nothing in return. The next song is the first part in a two part song series called “She’s Mine.” Part one talks about how McMillan finally got with the girl, how he truly loves her and that he wants to do anything he can to make her happy and keep her. The following song, “Change,” talks about how only the people around us can really make a change in the community. It touches on the epidemic of Black-on-Black crime very heavily and that no matter who you are, the only way to change things is to change yourself first, which in turn, will change the community. The next song, “Neighbors,” discusses McMillan’s difficult living conditions and how the police are always at his door wanting to search his house because the neighbors believe he is selling illegal contraband. This is followed by “Foldin Clothes,” the lightest hearted track on this album. It talks about how McMillan wants to do anything for his girl and that he is dedicated to her and the future they could have. The following track is the second part of the “She’s Mine” duo. This song talks about how McMillan now wants to get out of any and all street activities because of the birth of his daughter Nina. The final track on the album is called “4 Your Eyez Only” and talks about how J. Cole made this album for McMillan’s daughter and that she could listen to it and understand what happen to her dad when he finally felt she was old enough to know.

This album is the greatest example of how mature J. Cole has become and that he is able to talk about sensitive subjects like death and having to deal with taking care of a deceased friend’s daughter for many years. I give this album 5 paws.