West takes on the world 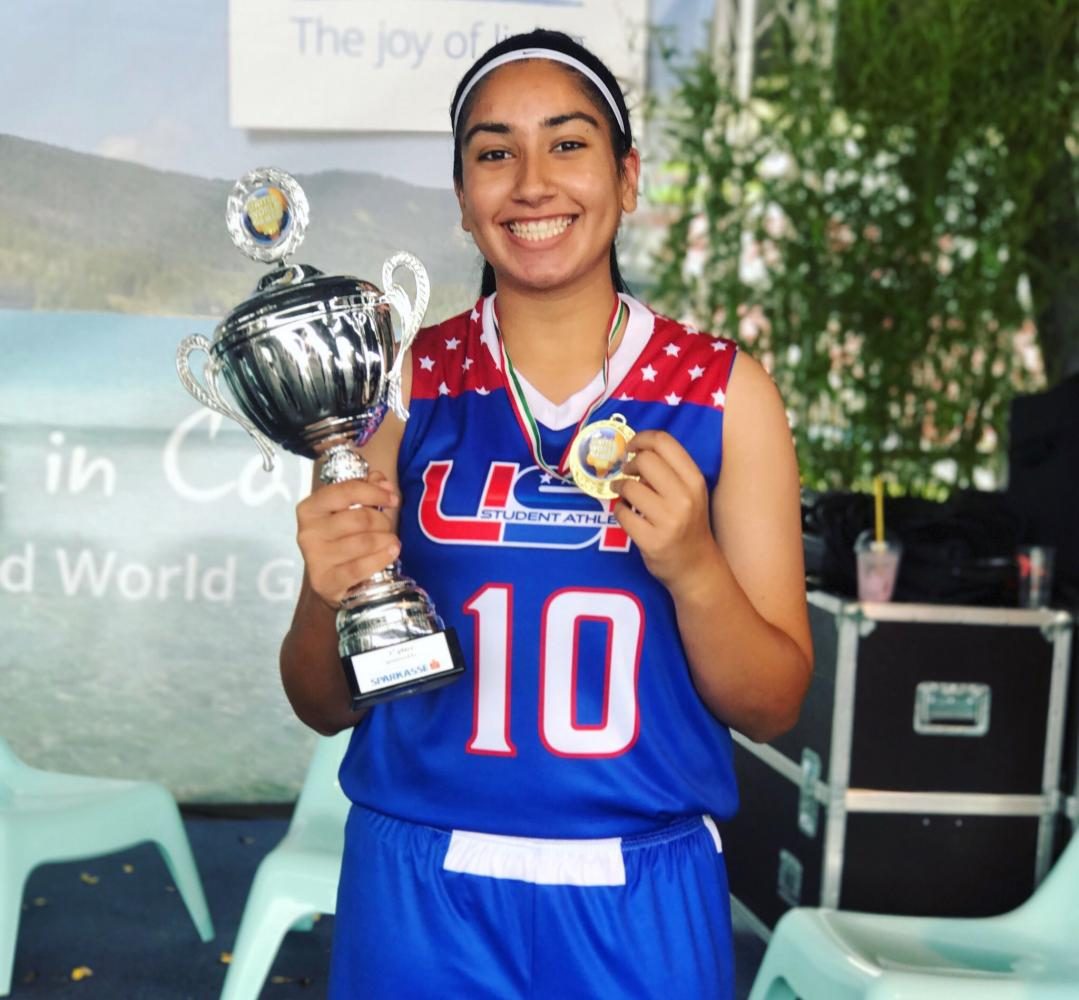 West High’s very own Jupsimran Sandhu helped create history by aiding the United States women’s junior basketball team to win gold for the first time at the United World Games. The tournament took place in Germany, Austria and Italy this past June.

Sandhu had been recruited by the women’s team to represent the United States. To prepare for such an esteemed tournament, Sandhu had her normal daily practices with her trainer but increased the hours of hard work. She had been worried before the trip but the blood, sweat and tears invested during and before the tournament most definitely paid off. A challenging portion of the tournament itself had been the semi-finals against Serbia. Sandhu acknowledged the fact that Serbia’s team was quite proficient which led a close and frustrating game. The finals game itself was possibly the most difficult portion of the experience. Sandhu and her team were behind in the first half leading them to believe “… it was over.” But they persisted and came back in the second half to take home the gold. When realization struck, the team cried tears of joy and relief together; they had made history.

The process and basketball rules were not exactly the same as the ones here in the United States. Only one referee had been surveying the games opposed to the two we usually have, and two quarters were played instead of four. Since the teams were all form different international countries, it was difficult for Sandhu to hear and understand opposing teams’ plays. It was not all work and no play, during the ten days spent in Europe the team made sure to venture out into the cities and proceed like proper tourists.  Sandhu describes the trip like a stressful vacation.

Since basketball is “more than just a sport” to Sandhu, this opportunity was life changing but also a learning experience. Patience was tested but Sandhu believes that she grew characteristically in that department. The entire team itself officially met for the first time at the airport, but Sandhu conveys that “… we just clicked and played very well as a team.” She claims that the team she played with will have lasting connections and stay in touch. Playing together on a team forms trust between the members that cannot be described unless you experience it yourself. Sandhu’s family supports her aspirations and just like her, they have faith in the fact that basketball can very well become a career in her future. When asked if she would do it all over again, Sandhu mentions, “I am actually going again next summer for either Hawaii or Europe because the recruiters want me to come back.” Much is anticipated for next year and the Wolf Pack is proud to have fellow students prospering in their life’s endeavors.

For those with similar goals, Sandhu urges to, “… keep striving and don’t stop. If you really believe you can be good at it [your goal], then don’t stop.” 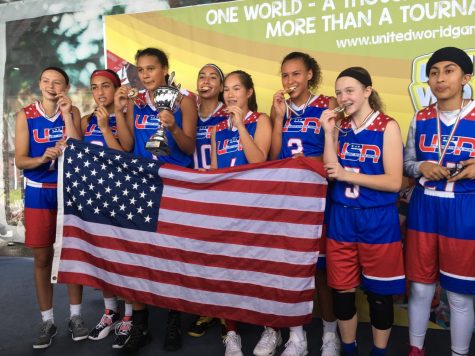