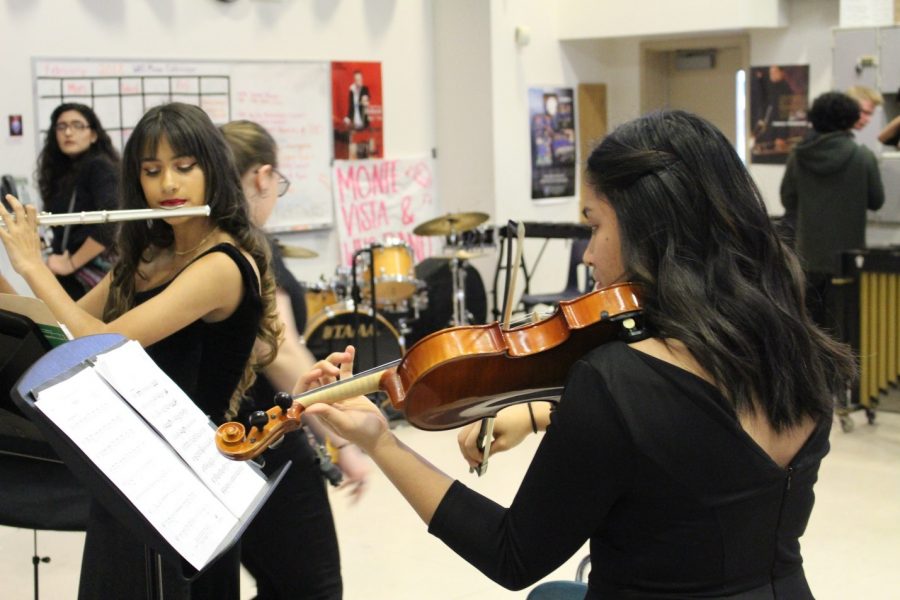 In an ode to their last year at West High, seniors were given an opportunity to say goodbye and showcase their musical talents at this year’s senior recital. February 28, the highly anticipated date, consisted of appearances from violinist Jaydene Jasmine Michel, singer Celia Creasman, trumpeter Zhappora Sintreyll and many more. Performances ranged from solos to quintets and everything in between, including an opening act from West’s very own music teacher, Mr. Raman. The evening held a variety of pieces played like “Jar of Hearts”, an improvisational jazz number and even a few original songs.

The student performances kicked off with flutist Isa Guragain performing “Swan Lake,” which was followed by accompanied renditions of “City of Stars” and “The Phantom of the Opera.” As the event progressed, singer Caitlyn Freeman sang “Jar of Hearts” with alumnus Nathan Concepcion playing the piano backing. Toward the closing of the event, Reynaldo Delgado sang an original song that he stated was “for my future wife” while playing the electric guitar. To add the icing on the cake, singer Kassandra Moore invited all of her peers to join her in bidding farewell to both the music program and West High.

With it being their last year at West High, many of these seniors are reflecting on the time they spent on the music program. Some students have been involved for as long as they have been in school, like Sintreyll, who stated she has been making music “all my life.” Students are often afraid yet ambitious of transitioning into adulthood, as Michel put it, “I might want to become a teacher in music.” This may be goodbye to childhood but it is only the beginning of the rest of our lives.