Why are we still known as "The Ghetto School"? 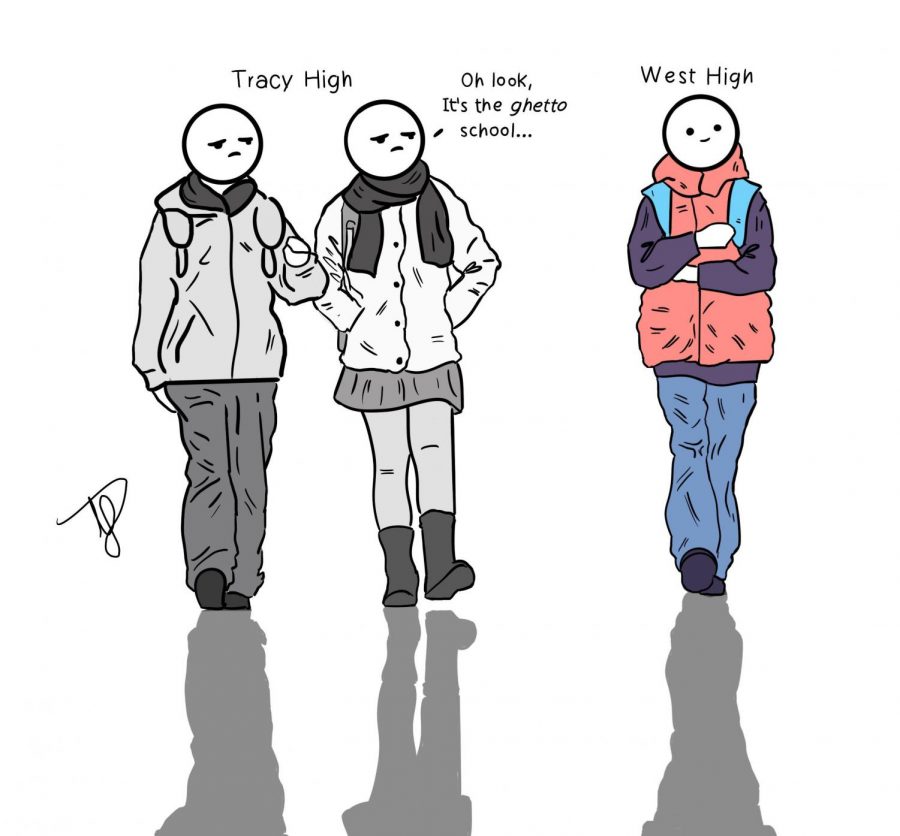 Whenever I tell someone that I’m from West, I get the automatic response, “Oh, it’s the ghetto school right?” or “Isn’t there a lot of fights there?” After four years of getting the same response, it made me think, why are we still known as the “ghetto” school?

I would be lying if I said I wasn’t aware of West High’s former history. We had our fair share of troubles in the past, but what school hasn’t? I haven’t heard someone label our fellow high schools with the same roughness that West seems to get.

Unfortunately, we are outnumbered in the fight to change our community image. A good part of our community are former Tracy High alumni who proudly represent and take pride in their school. Our crosstown rivalry with Tracy High excites everyone no matter what sport. It’s that crosstown rivalry which makes that one game separate from the rest. While tensions are high when we get ready to play or watch the game, we need to remember on both sides that we’re one city, not two. As of now we don’t have the numbers of alumni to compete with yet. However, we are exceptionally proud of the few people who do represent West High such as alumnus City of Tracy Council Member and District Attorney Dan Arriola.

If you haven’t been a West High student or a parent of one, most might not know how hardworking and achieving our students are. We have driven students in our Space and Engineering Academy (SEA) who win first in Hackathons, nationally awarded students in Future Farmers of America (FFA), motivated students in the Junior Reserve Officer’s Training Corps (JROTC) and a spirited Leadership class which aims to bring attention to unspoken problems such as suicide awareness. We have clubs that cater to every type of student whether that’s playing games together after school or spreading kindness such as Project Smile.

Our greatest strength I believe, is our diversity in our culture and knowledge which unites the school more than anything. We deserve to be known more than the “ghetto” image that we are labeled with. I can go on forever on what West has to offer more than the fights and “ghetto” lifestyle; sometimes the best way to change your perception is to see for yourself. As of now it seems like our community isn’t ready to accept the new West yet, but we sure are.