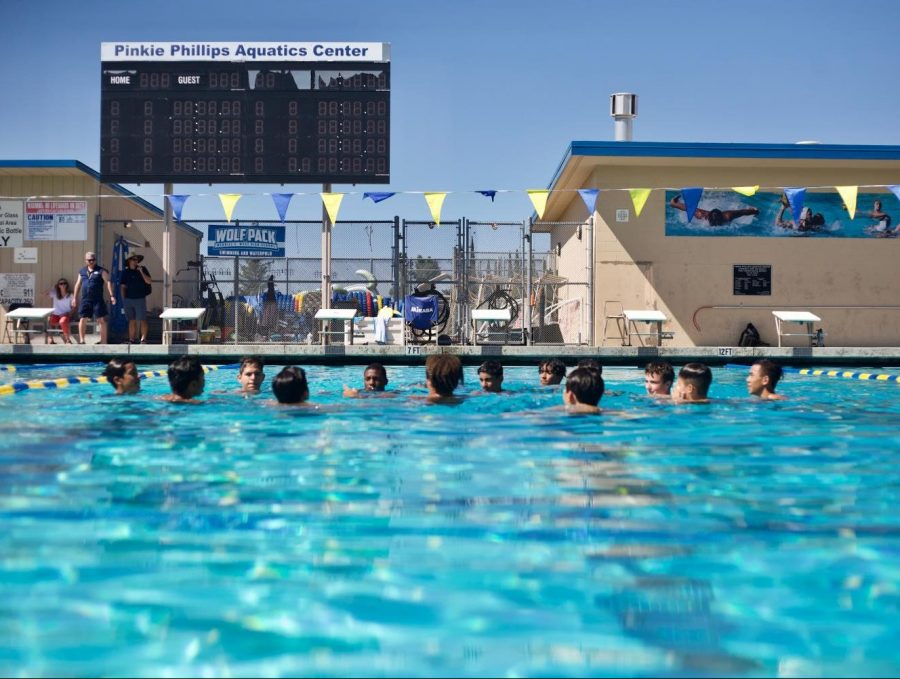 Football: Friday Night Lights are back with an exciting year for the team. With Senior captains Amari Henderson, Nate Nelson, Alfred Robinson and Elijah McKnight leading the team into the 2019 season, Coach Steve Wichman hopes to guide his boys well in his second year.

Volleyball: As warriors on the court, this group of girls bring sisterhood to a whole new level. Head Varsity Coach Christine Toon has her girls set and ready to compete. Senior Captain Veronica Siu leads the team, hoping to capture the magic they’ve had in seasons past.

Water Polo: Our Boys and Girls teams are turning the tide in water sports. Senior Aris Coverdale notes his boys getting it done, “The team collectively has been successful since the pre-season and in league games.” On the girls’ side “ We are in a better position coming into the season because of the motivation of the girls to put in the work,” says Senior Caitlin O’Neill.

Girls Tennis: There is nothing but the pack on this court with the growing program. This group of girls show hard work and determination on and off the court. “We’ve improved a lot over the years; I am very proud of the group of girls that have come together,” said Senior Laasya Gadamsetti.

Girls Golf: These girls fight hard on the green. As noted by Senior Hannah Green, “I’m very proud of our progress and achievements this season. You can catch this team listening to Justin Bieber before matches, performing better than last always. Do a little better than you did last time.”

Cross Country: With the departure of most of their team this past year, this smaller group of athletes hopes to keep working hard and competing in every match. “You can do anything for one minute!” says Junior Hayden Jackson: meaning exactly that, to push that little extra effort to be successful.