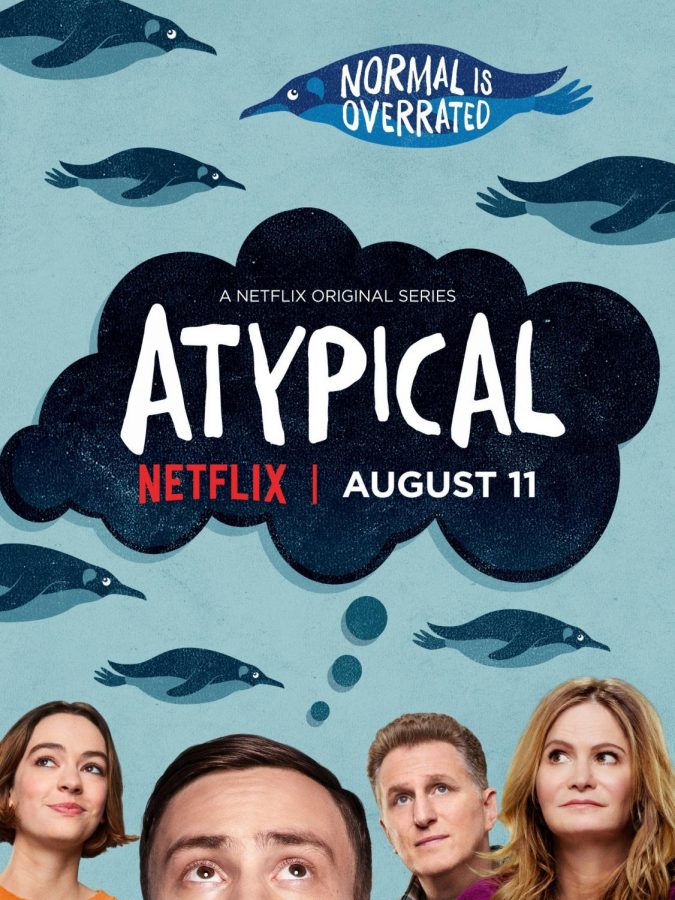 With a third season recently released, I figured now would be an excellent time to shed some light on the Netflix Original series “Atypical”. The series follows Sam Gardner, an 18 year old high-schooler with autism, and his family including his mother Elsa, father Doug  and younger sister Casey. It follows his life and how he lives with autism in school, work, dating, etc.

This show really demonstrates the struggles that many people with autism go through and how they try to cope with it. Sam is highly intelligent and loves to research penguins, and he’s quite an artist. However, many times he can seem awkward has difficulty socializing and making friends, causing him to be bullied and made fun of.

I believe this is the main purpose of the series: to show what people with autism have to go through daily. Sam Gardner is clearly shown to be different from everyone else, and he learns to appreciate that and even thrives in his differences. He realizes he can’t and won’t be like everyone else, but he doesn’t let that hold him back.

His mother worries about him being in new environments, his sister worries about him meeting new people and his father wants Sam to take control of his own life. Sam gets advice from his therapist, Julia, and his one true friend, Zahid, and together they help him deal with the many curve-balls life throws his way, especially harassment from others.

Today, we live in a society where being different or unique is made fun of or criticized until its “popular” or “trendy”. You’re mocked for being too normal or “like everyone else”, but you’re ironically judged for being different. Sam is no stranger to this concept. I think this is the biggest point “Atypical” tries to highlight. It helps us to realize that what we say to people, no matter how minor it is, can and will affect them in some way.

If you’re like me, and you don’t know anyone with autism, or no one in your family has it, you don’t know the struggle that they go through. This series does a great job with putting that in perspective. This is the heartwarming story of a boy reaching manhood, conquering obstacles and accepting himself for who he is. The biggest take-away from this series is that it’s okay to be different; in fact, it’s something we should strive for. We should all try to be different and unique; we should strive to be…atypical.