What you need to know about the Coronavirus 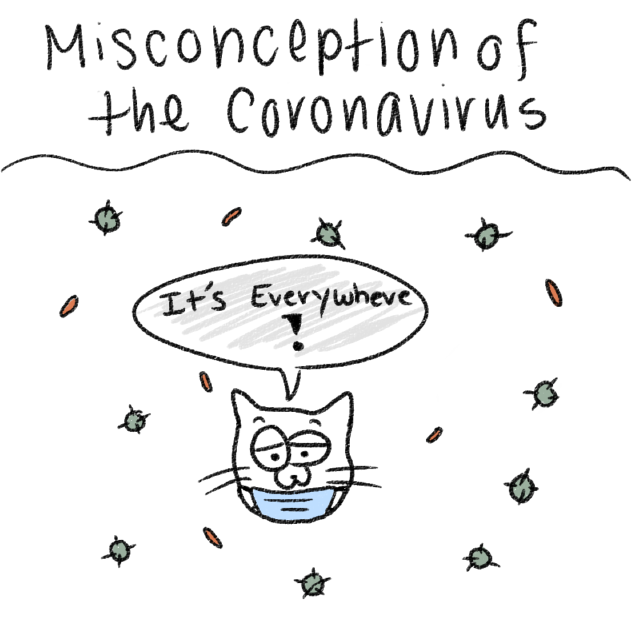 If you have any social media such as Snapchat, Instagram or Twitter, you more than likely have seen the memes and discussions on the new coronavirus. Coronaviruses are a family of viruses that are common in various species of animals and cause infections in your nose, sinuses or upper throat, but they are usually not dangerous.

The Middle East Respiratory Syndrome (MERS-CoV) and the Severe Acute Respiratory Syndrome (SARS-CoV) are also part of this family. This new coronavirus (SARS-CoV-2), also known as COVID-19, was first reported in a seafood and poultry market in Wuhan City, Hubei Province, China. There is currently no known cure or vaccine.

It has quickly spread to more than 20 countries around the world, including Japan, Iran and the United States. According to the CDC, the virus spreads from person-to-person through “…close contact with one another” or “via respiratory droplets produced when an infected person coughs or sneezes.”

The reason this has caused such an uproar is because the virus has spread like wildfire all around the world. According to the World Health Organization, there are 93,090 cases confirmed and the numbers don’t seem to be stopping anytime soon. However, most of the deceased were patients of older age with weak immune systems.

The first few cases in the U.S. had recently traveled to China but were taken to the hospital and are currently under quarantine. All those who have recently come back from China are going through medical examinations and quarantine as an effort to stop the virus from spreading even further. Some cruise ships, such as the Diamond Princess, have also been kept in quarantine after some passengers were reported to be infected.

In order to prevent oneself from contracting the virus, the CDC recommends avoiding close contact with sick people, touching your nose, eyes and mouth, wearing facemasks and washing your hands constantly and thoroughly. Even though we are not likely to catch this new virus, it is better to be safe than sorry.